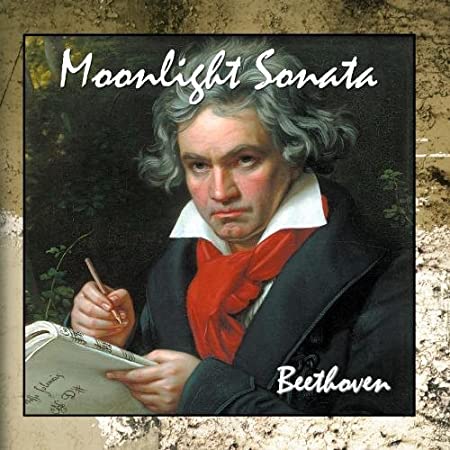 The Piano Sonata No. 14 in C-sharp minor, marked Quasi una fantasia, Op. 27, No. 2, is a piano sonata by Ludwig van Beethoven. It was completed in 1801 and dedicated in 1802 to his pupil Countess Giulietta Guicciardi.[b] The popular name Moonlight Sonata goes back to a critic’s remark after Beethoven’s death.

The piece is one of Beethoven’s most popular compositions for the piano, and it was a popular favorite even in his own day.[1] Beethoven wrote the Moonlight Sonata in his early thirties, after he had finished with some commissioned work; there is no evidence that he was commissioned to write this sonata.[1]